The system is designed for embedded generation that will maximise self-consumption and feed excess power back into Cape Town’s electricity grid. This is made possible by making use of the “Small-Scale Embedded Generation” (SSEG) tariff the City of Cape Town offers for solar systems. 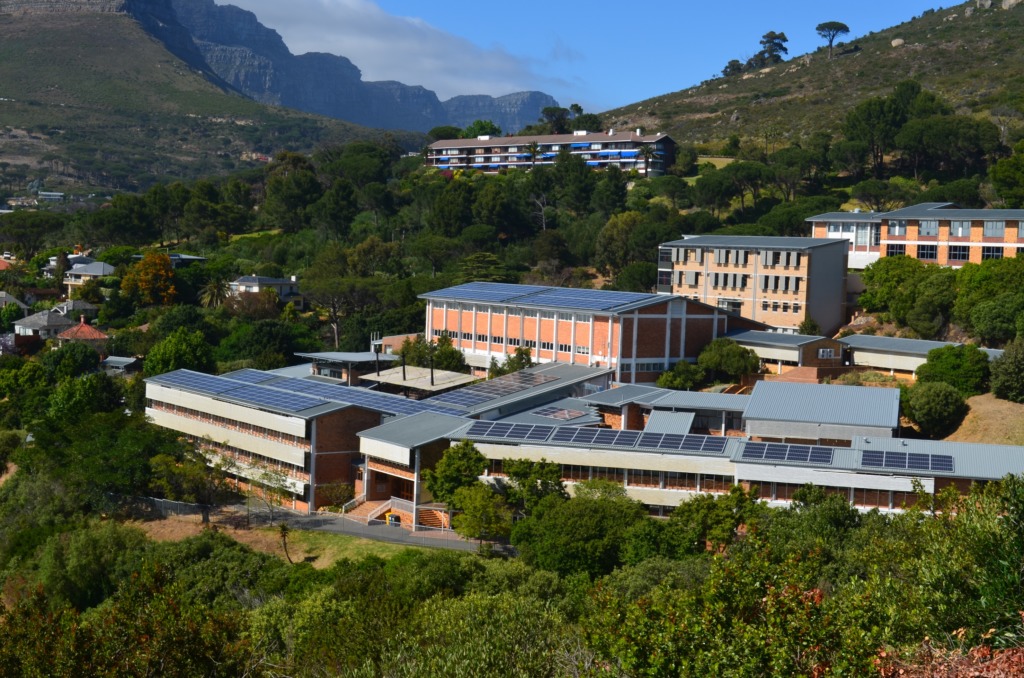 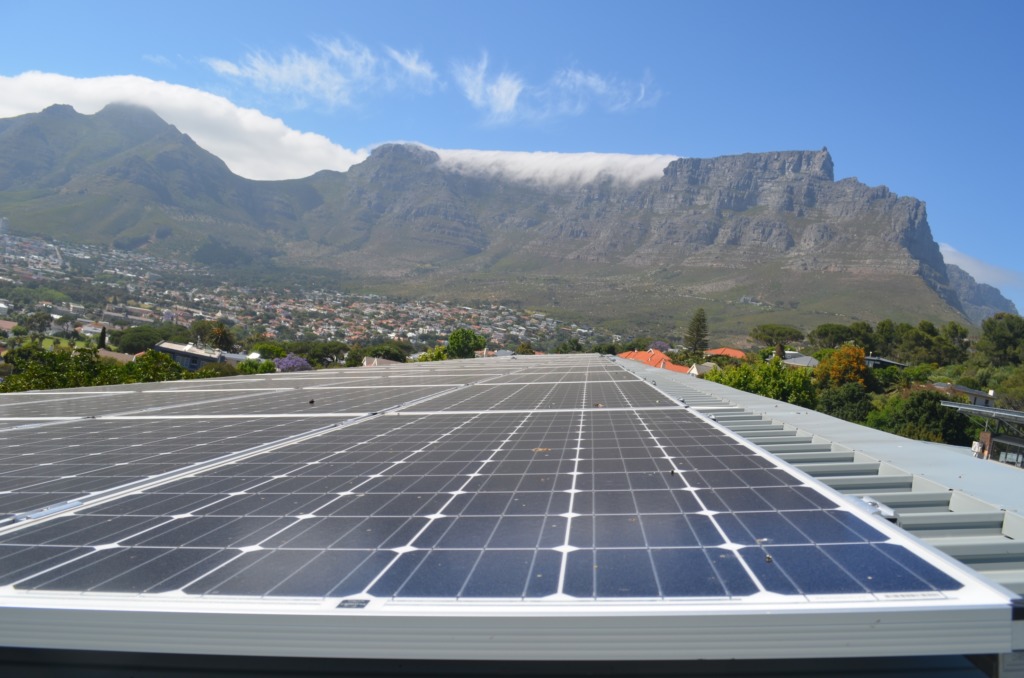 DSK Headmaster, Alexander P. Kirmse, explains, “On most days, we supply the entire school with energy from the sun and still feed excess energy into the grid of the City of Cape Town. This plant teaches our learners the value of sustainable energy, generated by green technology and being conscious of environmental challenges, which is all part of the ‘going green’ campaign for our school.” Schools are an excellent business case for embedded generation solar systems: During school times most power consumed comes from the solar system (maximized self-consumption) and on weekends and during school holidays the power is sold to the grid.

Among the 850 DSK learners who will benefit from this system there are 127 pupils who receive bursaries to attend the school, hence the system has positive benefits to the broader community. A true melting pot for diverse cultural encounters, there are pupils of 25 nationalities who are taught at the school, many of them non-German speaking when they join the DSK in Grade 5. Teaching the importance of using 100% renewable resources and working towards a greener planet, is scaled on all levels at DSK.

Gregor Küpper, Managing Director of SolarWorld Africa says, “To be part of the German International School Cape Town’s solar photovoltaic project makes SolarWorld proud. Over its lifespan of at least 25 years, the solar system will save the school an enormous amount of electricity cost and will set a shining example of the quality and long-lasting performance security of German solar technology. Additionally the photovoltaic system will serve as an early introduction to the opportunities of solar photovoltaic use to the students.” The solar system runs on 442 pieces of SW 340 XL Mono solar panels and could achieve an output of up to 150kWp at any given time of full sun exposure.

SMA Group’s Chief Technology Officer, Dr. Jürgen Reinert says, “We are proud to deliver SMA’s high-quality German inverter technology to this embedded generation project. It enables the German International School Cape Town to become more independent in their energy supply by using their own clean solar energy.” The system is monitored via SMA’s Sunny Portal and during the first eight weeks of operational testing, around 38 Megawatt hours (MWh) were generated of which 13 MWh were fed back into the grid. 6 SMA Sunny Tripower 25000 inverters convert the DC power from the PV modules to AC power.

Schletter South Africa’s Managing Director Bernhard Suchland adds: “The German International School Cape Town is set at a high wind location in Tamboerskloof near Table Mountain. This is exactly Schletter’s core expertise. The Schletter LAQ07 mounting system was employed to facilitate a landscape orientation and for added rigidity to the roof structure.”

Together with the initial Off-Grid photovoltaic system the school has been using since 2010, this full scale On-Grid system that is inaugurated today will enable the learners to have access to this renewable energy technology and compare functionality and production data of both, an On-Grid and Off-Grid application. Learners will also gather information of financial savings of such an investment into a renewable energy system. This will create awareness and understanding for the vast opportunities for renewable energy in South Africa and Africa.

About SMA
The SMA Group with sales of €1 billion in 2015 is the global market leader for solar inverters, a key component of all PV plants, and offers innovative key technologies for future power supply structures. It is headquartered in Niestetal, near Kassel, Germany, and is represented in 20 countries. The Group employs more than 3,000 people worldwide. SMA has an extensive range of products, which offers the right inverters for all module types and plant sizes; for small residential systems as well as large-scale plants, grid-connected photovoltaic systems as well as off-grid and hybrid systems. Moreover, SMA offers system technology for various battery technologies and system sizes and collaborates with renowned battery manufacturers and companies from the automotive industry. The SMA technology is protected by about 750 patents and utility models worldwide. The range of services is supplemented by comprehensive services and operational management of large-scale PV power plants. Since 2008, the Group’s parent company, SMA Solar Technology AG, has been listed on the Prime Standard of the Frankfurt Stock Exchange (S92) and is currently the only company in the solar industry that is listed in the TecDAX index.

About Schletter
Schletter South Africa commenced operations in November 2011. The company is part of the Schletter Group with its headquarter located in Haag, Germany. Schletter has a presence in the United States, Australia and the Far East and to date the company has installed over 17GW of power globally. Headquartered in Cape Town, Schletter has expertise in engineering, design, and manufacturing of solar mounting systems for large scale PV plants, commercial and residential PV installations is our core. The Schletter business is divided into three main divisions: Open Area, Rooftop and Solar Carport Systems. Schletter S.A. employs a total of 12 full time staff and employs contract staff on a project basis. Our key ground mounted projects include Jasper in the Northern Cape (96MW), De Aar (49MW) and the Konkoonsies site of 10 MW. In total Schletter SA has produced and installed 300MW of open area installations and 40MW of roof mounting installations. Which makes Schletter the market leader in roof mounting installation in South Africa and Sub Sahara. Schletter South Africa has committed to securing local production capacity and can now extend 100% local content to our open area clients and the REIPP program.

We currently teach 850 learners and welcome learners and families from more than 25 nationalities to the school community. Our school is not just a place for academic, sports and artistic achievements, but also a place of mutual encounter for our learners from diverse cultural backgrounds. We value integration as an integral part of the holistic development of each of our learners.

An excellent and diverse education prepares our learners for the challenges of the future. Our learners are able to obtain the South African (IEB –NSC) as well as the German (Abitur) university entrance qualification.

The DSK offers German-speaking children a Primary and Secondary Education in accordance with German curricula. In Secondary, the students are taught bilingually according to South African and German curricula. Non-German- speaking children are accepted from Grade 5 to learn German intensively and to be prepared for the DSD II (German Language Diploma II) which enables them to study at numerous universities and higher education institutions in Germany. School life is enriched by a wide range of activities and extra-murals in the fields of music/culture, art, the sciences and sports. 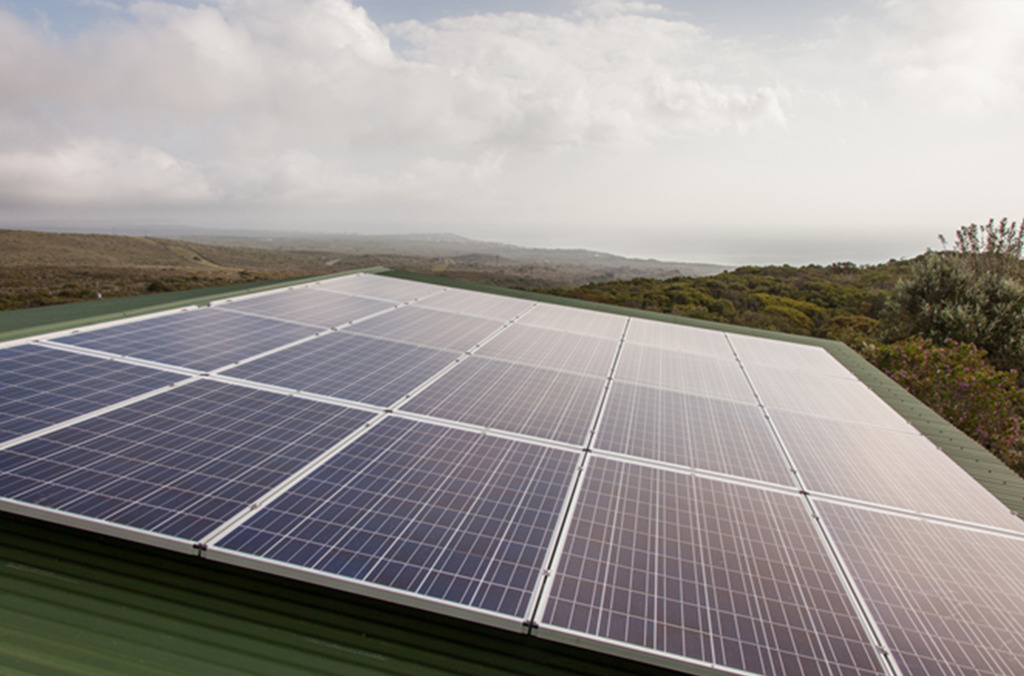 SolarWorld, by way of its distribution partner and project implementer Solek, supplied a solar electricity system to the Grootbos Foundation, a non-profit organisation in the Western Cape. The… 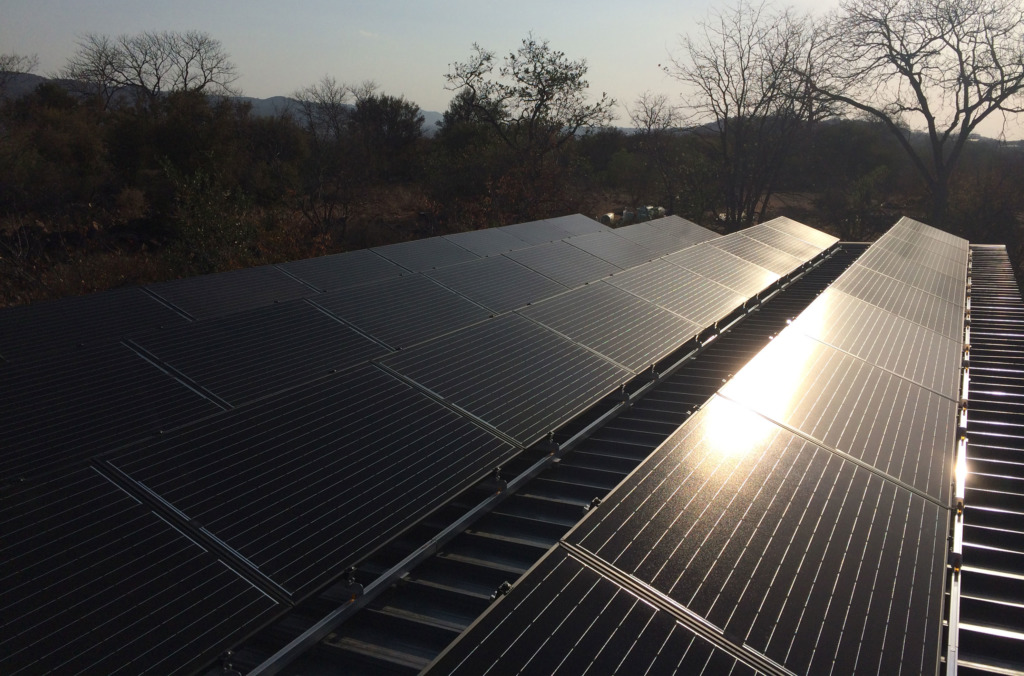 Private luxury Lodge situated in the far northern area of the Kruger National Game Park. The camp has all the luxuries of high end modern living homes, consists of four modern luxury “tents” all…